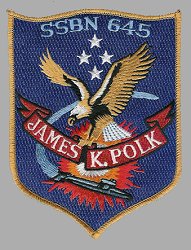 Emory G. Papuga, Jr., of Munhall, was welcomed into Heaven by his beloved late wife of 50 years, Ann F. Papuga (Chapko), on September 9, 2022, at the age of 74. He was the father of Kelly (Christopher) Antalek of Jefferson Hills, and Joseph (Kathleen) Papuga of Pittsburgh; grandfather of Lucas, Josephine, Lillian, Grayson, and Liam; son of the late Emory G., Sr., and Marie (Stipanac) Papuga; and brother of Michael and George Papuga.

A special thanks goes to Emory's sister-in-law, Rose M. Smith, for the love, care, and devotion she gave throughout his illness.

Emory was a 1966 graduate of Carrick High School, and worked as a Port Authority driver for 31 years before retiring. He proudly served in the United States Navy as an E-5 class submariner on the USS James K. Polk, SSBN-645. He was an active member and past President of the West Mifflin Garden Club, and he found great pride and joy in the food and music from his Croatian and Hungarian heritage.

Family and friends will be received on Monday, September 12, from 2-4 & 6-8 PM, at the SAVOLSKIS-WASIK-GLENN FUNERAL HOME, INC., 3501 Main Street, Munhall, PA 15120. A Funeral Mass will be held on Tuesday, September 13, 10 AM, at the St. Therese Church of the St. Thomas the Apostle Parish, Munhall. Interment will follow at Jefferson Memorial Park, Pittsburgh, where he will be reunited with Ann. Condolences may be left at www.swgfuneralhome.com.

To send flowers to the family or plant a tree in memory of Emory G. Papuga, Jr., please visit our floral store.

A Memorial Tree was planted for Emory G.

We are deeply sorry for your loss - the staff at Savolskis - Wasik - Glenn Funeral Home, Inc.

Join in honoring their life - plant a memorial tree